Awareness and involvement of teenagers in sun protection is essential

Despite her youth, Sasha Marmur has been dedicated for years to raising awareness and involving teenagers in skin protection and care to prevent sun damage. This sixteen-year-old daughter of New York dermatologist and skin cancer survivor, Ellen Marmur, is the visible face and driving force behind Sasha Suncare. A line of solidarity sunscreens that donates 100% of the profits from sales to Beyond Suncare’s projects to support people with albinism in sub-Saharan Africa.

Several months ago, Sasha contacted us to tell us about her project and her involvement with people with albinism in Africa. An effort and values that have led her to be recognized with the “INTERNATIONAL HUMAN RIGHTS JUNIOR AMBASSADOR AWARD” that we promote from the NGO.

Now, we have had the opportunity to chat with her to know what have been her motivations to put the focus from the U.S. in our projects in Africa. 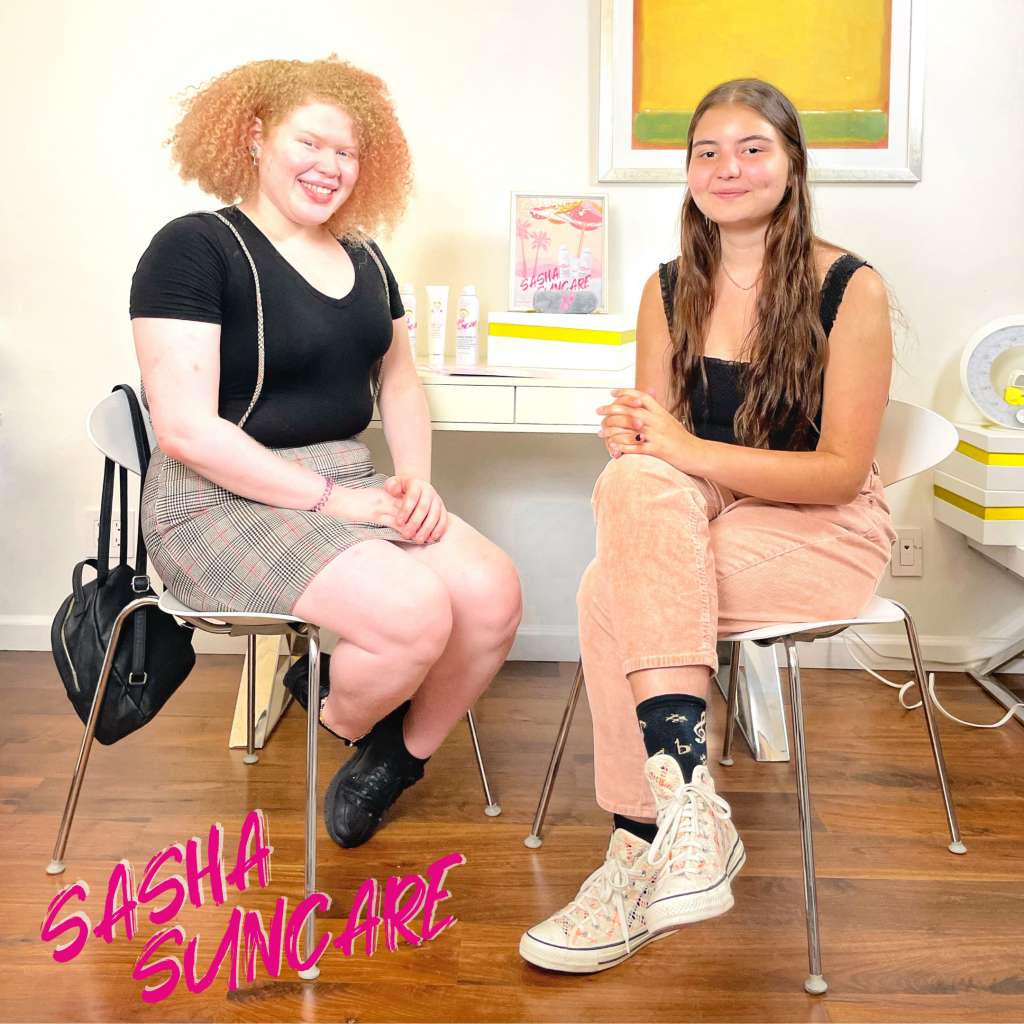 Greatly influenced by my dermatologist mother, Dr. Ellen Marmur who is also a skin cancer survivor, skin cancer is a point of topic when it comes to addressing skincare regimens in our home. I wanted to raise awareness of the effects of sun damage to my peers while also raising funds to help less fortunate people who are heavily affected by skin cancer. I became an advocate for Beyond Suncare not only because it is a charity dedicated to the highest population who are at risk of skin cancers, PWAs (people with albinism), but also in underserved communities of Africa. Beyond Suncare provides a holistic approach to treatment of skin cancers by providing; workshops to teach local healthcare providers how to screen for skin cancers, teach PWAs how to keep their skin safe from the sun, all while helping communities become self-sufficient by producing their own sunscreens.

During my research on albinism I noticed how people were treated differently with this condition vs. how they should be treated, and the many common misunderstandings about albinism. I had a wonderful chance to meet Kristlyn Abreu who has albinism and also lives in New York City. She explained how it is a hard lifelong battle against the sun and how stressful and tiresome it is to live in constant awareness for the sake of body and skin health. I knew that raising funds would be extremely helpful and lifesaving to supply this necessity and ease the conditions surrounding albinism in underserved communities. 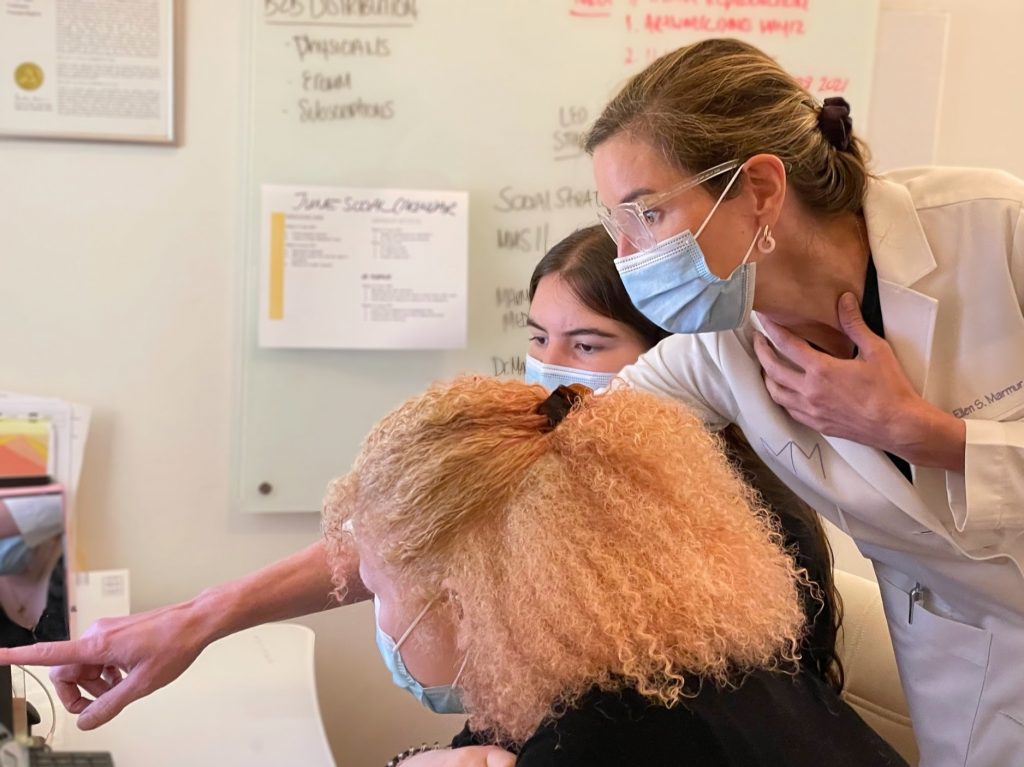 I was always curious about what it felt like growing up with such a life defining condition. Would it be a burden or a gift? Kristlyn described living with albinism in an accepting and embracing tone. I could tell her albinism defined her identity. She described the struggles she faced in the past and present; time limits under the sun, being treated differently by her peers, and the ritualistic sunscreen steps before engaging in any outdoor activities. Seeing albinism through Kristlyn’s eyes helped me better understand how I could help others with this condition. YouTube Link Sasha & Kristlyn

There is a big difference between how people with albinism are treated and how they should be treated.

Becoming an advocate for suncare was a rewarding experience. I had the opportunity to speak locally to my peers about sun care and learn more about the effects of sun damage. Meeting Kristlyn was an eye opening experience where it helped me understand albinism from a personal perspective. Meeting the Beyond Suncare Team in Malawi via a zoom meeting was fun and very informative. Meeting with Beyond Suncare, Malawi

These interactions made me feel my contributions were more meaningful to Beyond Suncare because I finally understood how important their work is and how it reaches across a lifespan for people with albinism. 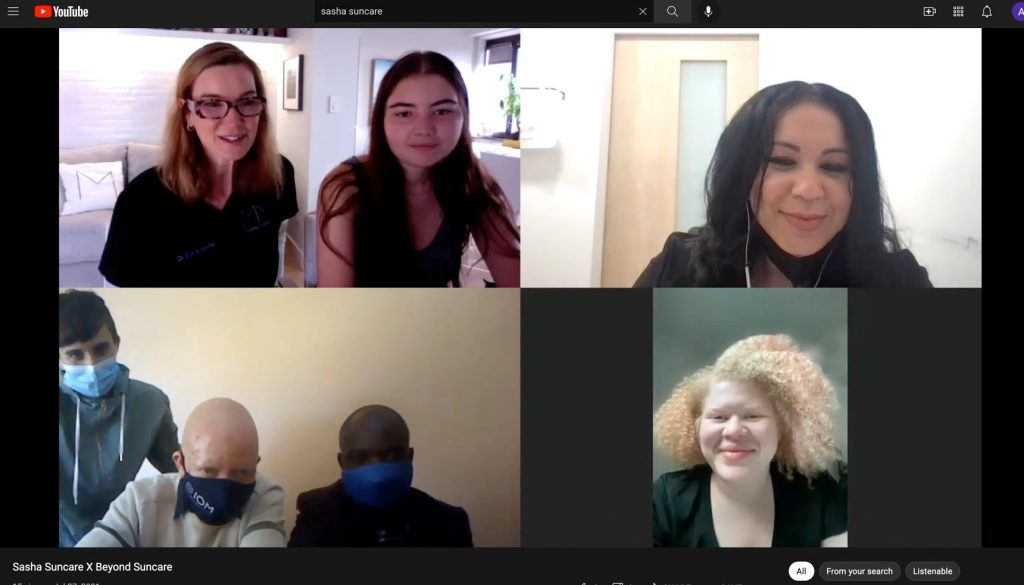 Beyond Suncare is a cause close to my heart because skin cancer has affected close loved ones. Becoming involved in this great cause was a very rewarding experience. I recommend my peers to become a part of any opportunity to help others and expand their awareness of the world. Find a helpful cause that is meaningful to you and make a difference! These impactful moments teach you how small contributions are appreciated locally and across the globe. I am grateful for the experience and hope to continue spreading knowledge of proper sun care through Sasha Suncare. 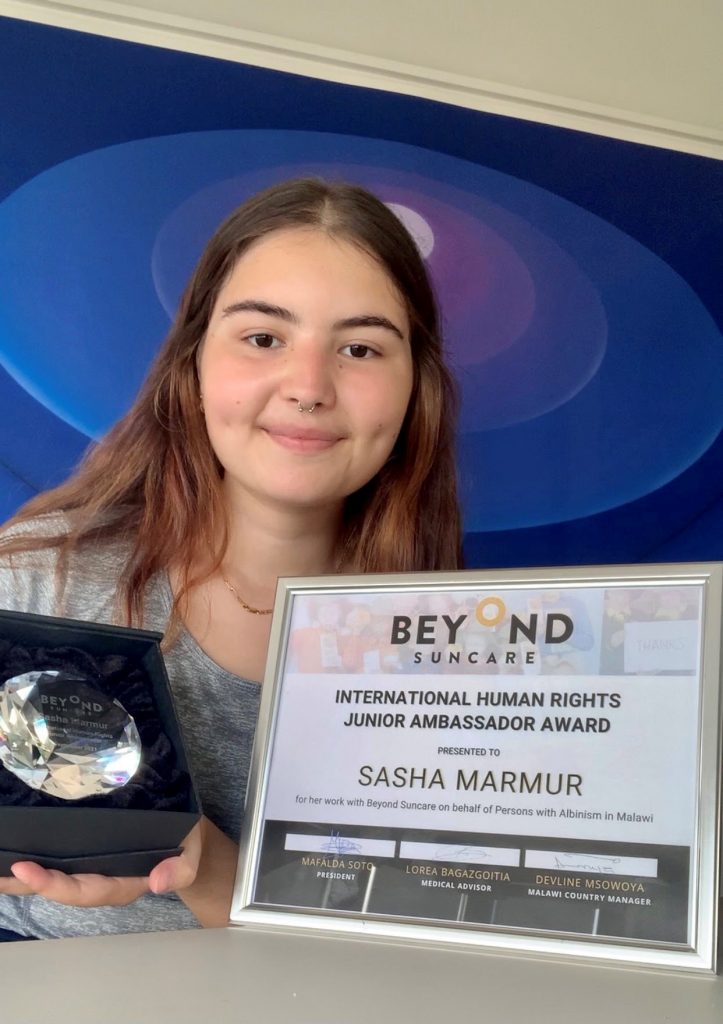 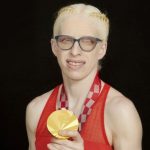 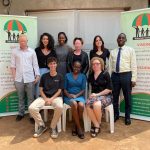 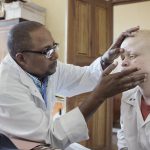